Drill targeting and permitting are already underway and ahead of schedule.  The proposed winter 2019-2020 drill program will comprise 2,000-2,500 meters of land-based diamond drilling with a budget of approximately $1.2M CDN.  Drilling will consist of up to 15 holes in several high priority target zones.

“I am pleased that planning for the next drill program at East Preston has commenced and the Company is fully funded to complete a substantial campaign this winter. We have started prioritizing targets from the substantial, quality target inventory on the project,” said Ted O’Connor, director and Technical Advisor for East Preston.

The East Preston uranium project targets basement-hosted unconformity related uranium deposits similar to NexGen’s Arrow deposit and Cameco’s Eagle Point mine. East Preston is located near the southern edge of the western Athabasca Basin, where the relatively shallow exploration targets have no Athabasca sandstone cover, but this deposit style can have great depth extent when discovered. The project ground is located along a parallel conductive trend between the PLS-Arrow trend and Cameco’s Centennial deposit (Virgin River-Dufferin Lake trend).

The property-wide helicopter-borne Versatile Time-Domain Electromagnetic (VTEM™ Max) and Magnetic survey was completed in early 2019 and forms the primary dataset for target prioritization, combined with the knowledge gained from 2018 ground Electromagnetic and Gravity geophysical surveys and the 2019 drill program.

“All the work done to date, including multiple geophysical and geochemical programs, and even some minimal drill testing we completed last spring, has provided us with significant data on the prospectivity of East Preston,” said president & CEO, Alex Klenman.  “The data emphatically says we are in the right place for discovery.  The next step is to systematically drill some of the many priority targets we have uncovered.  We are looking forward to the next step, and we believe there is significant growth ahead for Azincourt,” continued Mr. Klenman. 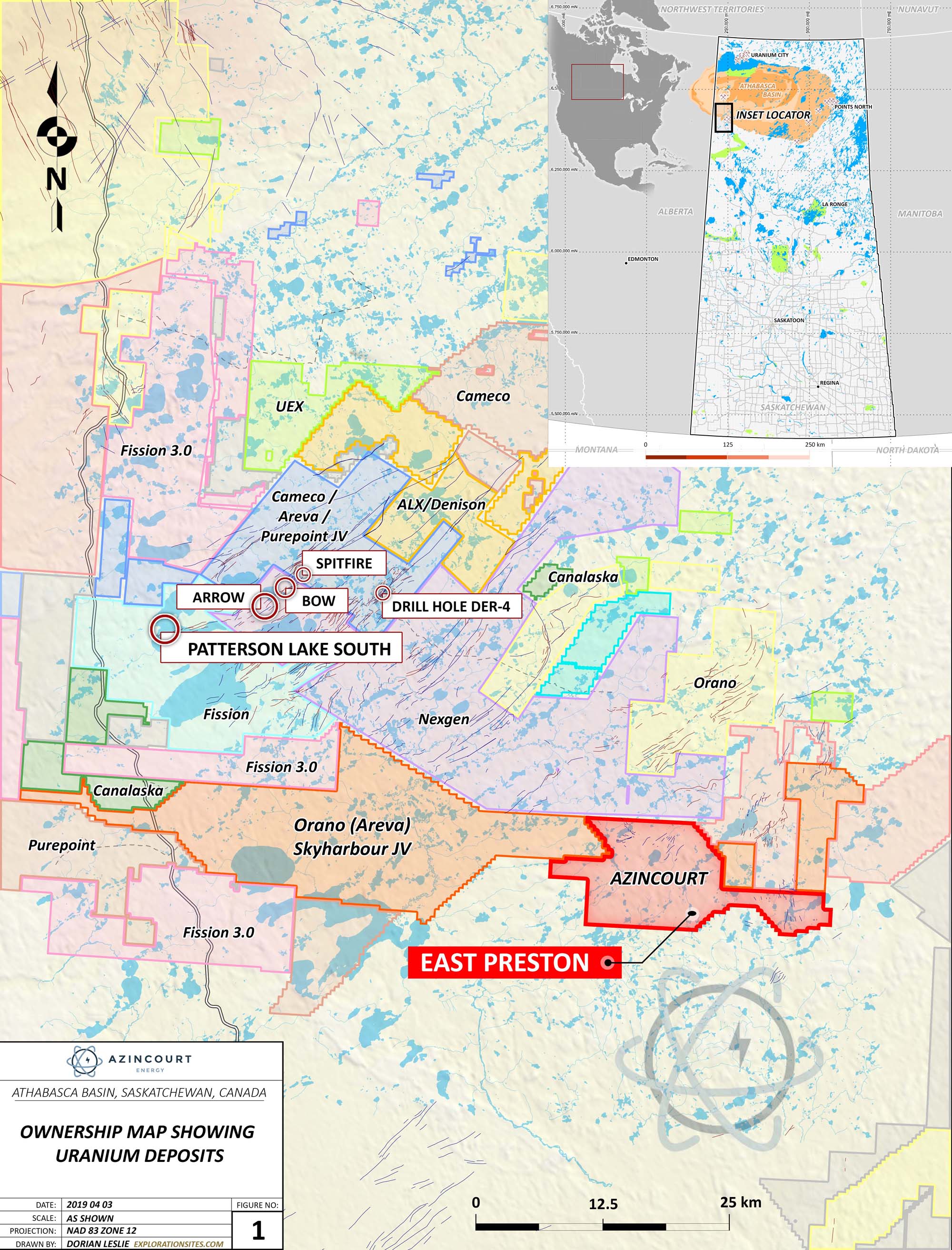