The initial interpretation of this new survey data has added an additional 7.5 to 10 km along two of the same prospective previously-known conductive trends. There are offset breaks in the conductor trends with multiple, discreet conductors interpreted (see Figure 1).

"The first look at the recent VTEM survey has confirmed we will be adding to the already robust target inventory at East Preston," said president & CEO, Alex Klenman.  "What that target list ultimately looks like will be determined by the results of the data interpretation that is now underway, but we are encouraged at the growing prospectivity of the project. East Preston already has dozens of quality drill targets, so we’re pleased at the latest development," continued Mr. Klenman.

The survey was conducted between January 23 and February 6, 2019 and completed survey coverage over the entire 25,000-ha project area.  This survey consisted of 498 line-km with 300 m line spacing and 1,000 m tie-line spacing – identical parameters to the previous VTEM™ Max survey, and ties directly into the previous flight lines. Flight lines are oriented NW-SE, perpendicular to the NE-SW trending structural and conductor trends of the basement rocks at East Preston.

Geotech, the survey provider, is finalizing final reports, but has completed data processing and has provided a merged dataset covering the entire East Preston project by combining the newly acquired VTEM survey data with the original VTEM data coverage. In-depth interpretation is on-going by Bingham Geoscience, geophysical consultants to Azincourt.  Results of the interpretation will be reported once received and reviewed.

More in-depth interpretation is on-going and will be used to add to the East Preston target inventory for future exploration drill testing. 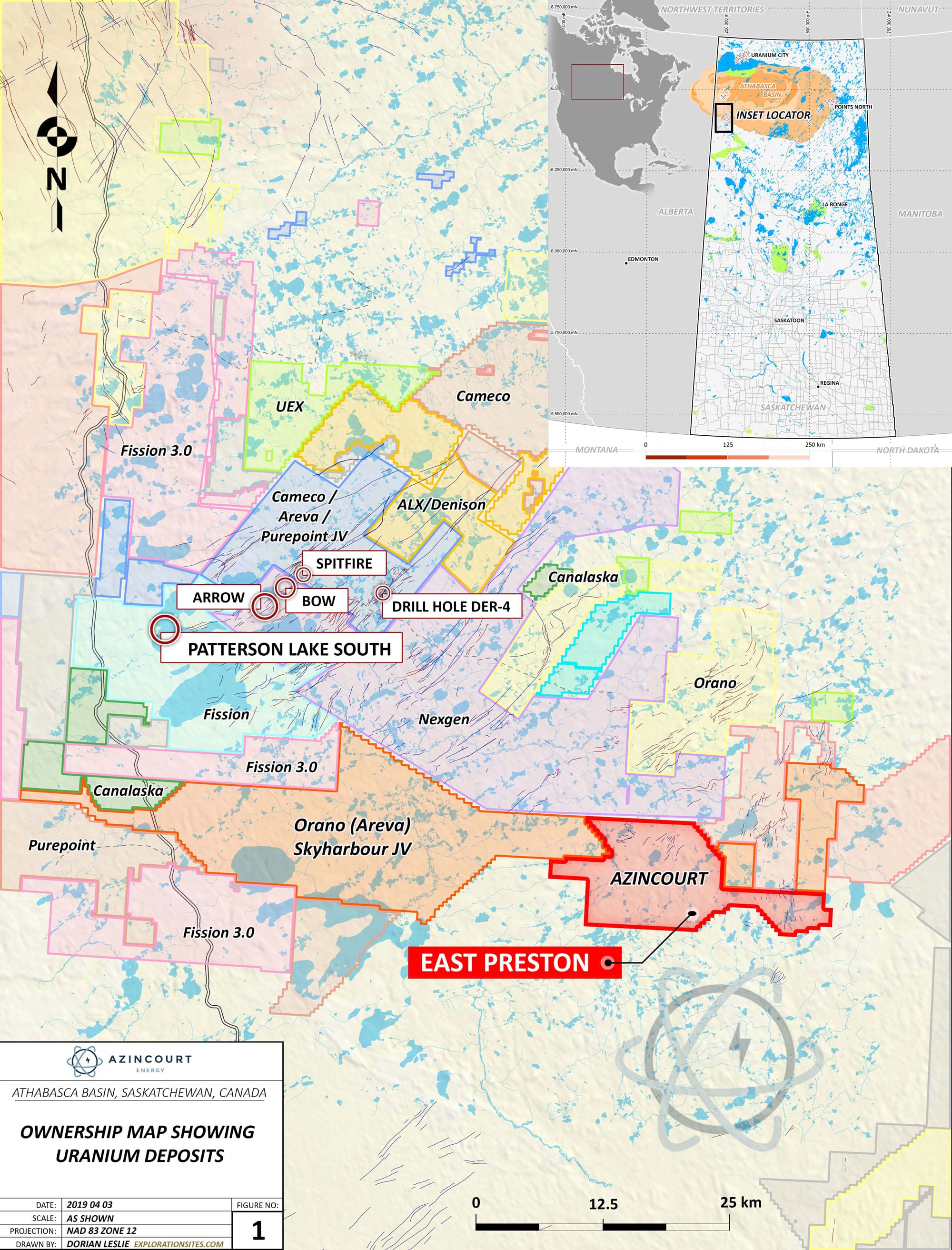 Drilling commenced in March of 2019, testing the first few priority targets to depths between 150 and 200 meters.  Results of the first few holes are pending and will be announced once received, reviewed and verified.

Completion of the issuance of the Settlement Shares remains subject to the approval of the TSX Venture Exchange.  Following issuance, the Settlements Shares will be subject to a four-month-and-one-day statutory hold period in accordance with applicable securities laws.

Alex Klenman, President & CEO
Tel: 604-638-8063
This email address is being protected from spambots. You need JavaScript enabled to view it.