The HLEM data was collected with a 200 m Transmitter-Receiver separation, and 50 m station intervals. The survey was designed to accurately identify multiple conductor systems in this shallow depth to basement environment. Unconformity-related uranium deposits are often associated in proximity to basement conductive trends and represent a first order criterion for discovery.

Detailed interpretation work will incorporate all data, historical and the present gravity and HLEM data to generate, rank and prioritize targets for future follow-up drill testing. Based on the interpreted number and quality of the conductor trends, the Company expects to generate enough targets for several drill programs. 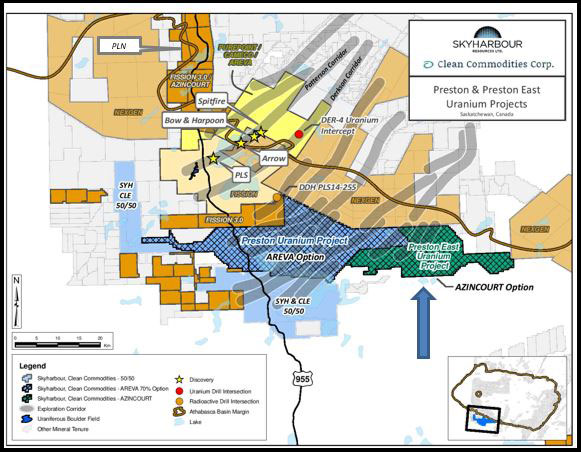 With the completion of the 2018 exploration program and accompanying interpretation work and reporting, Azincourt will have satisfied the exploration work commitment expenditure requirements for year one of the JV Option. The quality and number of targets identified at East Preston support the Company continuing the JV Option into year two.

The technical information in this news release has been prepared in accordance with the Canadian regulatory requirements set out in National Instrument 43- 101 and reviewed on behalf of the company by Ted O’Connor, P.Geo. a director of Azincourt Energy Corp., as well as a qualified person.